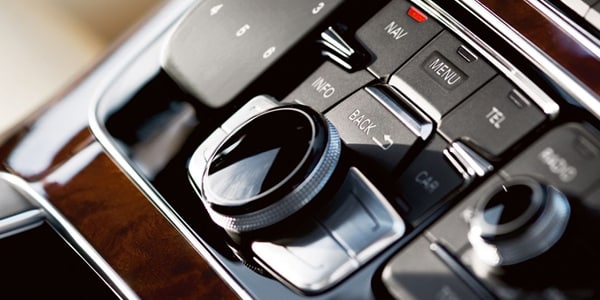 The Audi Multi Media Interface or MMI operating system allows you to manage an array of technical systems including navigation, entertainment, interior and ride dynamics on models with Audi drive select. Everything is available at the push of a button and crafted with Audi signature design resulting in a system that is simplistic, intuitive and elegant.

A Better Sense Of Control
MMI® Navigation plus with MMI touch.
Audi MMI Navigation plus MMI touch acts like control centre accessing the inner most workings of the vehicle. Every aspect from playing a song, placing a call, or asking for directions is programmed into the MMI interface and can be accessed through interface controls, the touch pad or voice control. Designed with the driver in mind it puts a range of functionality within your grasp.
Audi MMI Navigation Tutorial