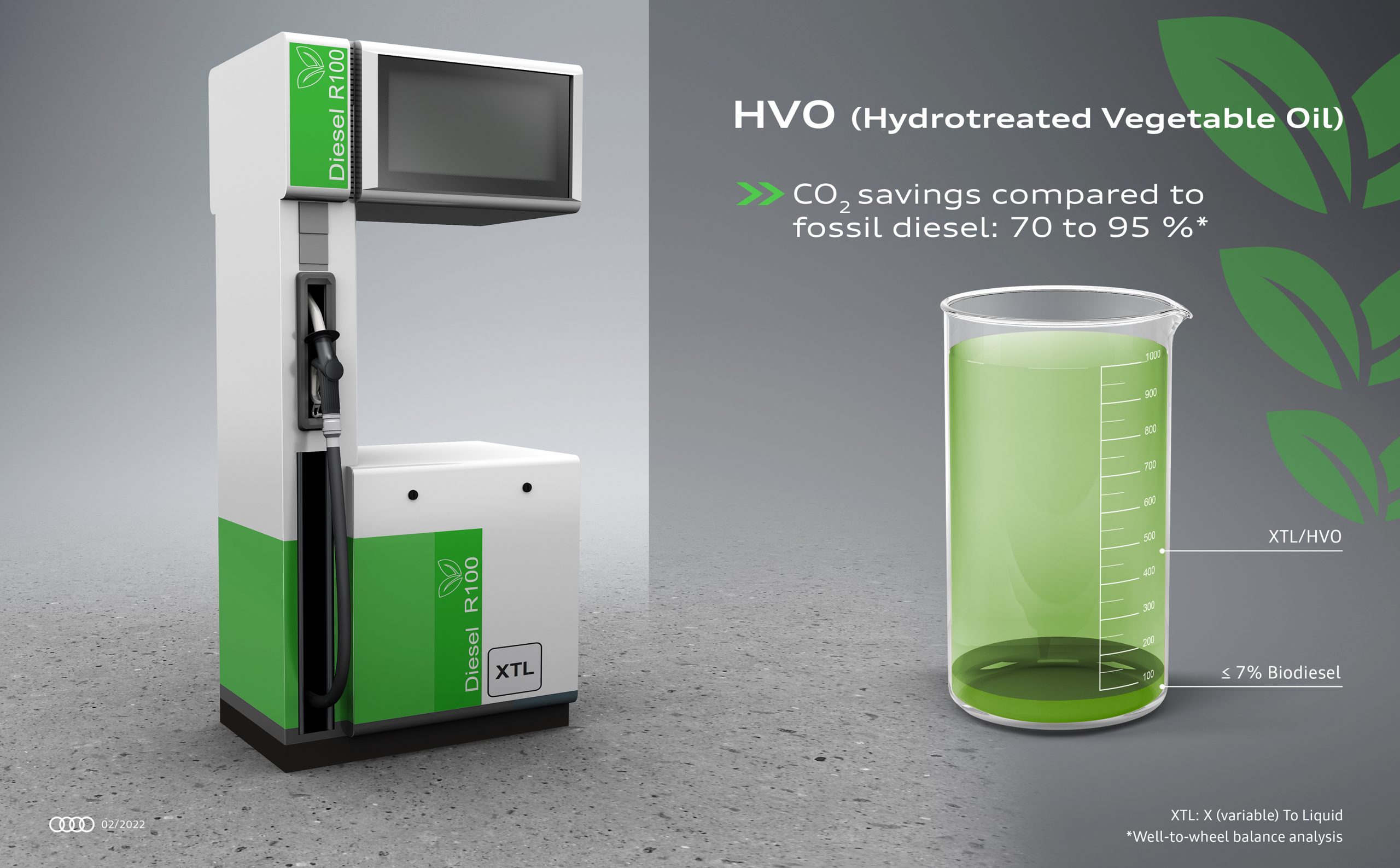 A lot of current Audi models with V6 diesel engines up to 210 kW (286 hp) have been approved for HVO fuel.

Audi approves many of its European V6 diesel engines for use with renewable fuel.

Like the entire Volkswagen Group, Audi is pursuing the vision of carbon-neutral mobility and wants to achieve net climate neutrality by 2050. The focus is on vehicles with electric batteries. In addition, Audi is increasing the environmental sustainability of its combustion engines: The company has now approved many of its current six-cylinder diesel engines for use with the renewable fuel HVO (hydrotreated vegetable oil).

Audi models with V6 diesel engines up to and including 210 kW (286 PS) that are leaving the company’s factories as of the middle of February can be filled up with the HVO fuel in accordance with the European standard EN 15940. Hydrotreated vegetable oil (HVO) is a sustainable fuel that enables CO2 reductions of between 70 and 95 percent compared to fossil diesel. Another advantage of HVO is its significantly higher cetane rating, which means more efficient and cleaner combustion in comparison to conventional diesel. “As the cetane rating of HVO is around 30 percent higher, the combustibility of the engines is enhanced. The positive effects of this are particularly noticeable when cold starting. We tested the effects on various components, the performance, and exhaust emissions in specific validation runs before granting approval,” says Matthias Schober, head of powertrain development for V-TFSI, TDI, and PHEV at Audi. The most popular engine variants were prioritized so as to give the maximum possible number of customers the opportunity to use renewable fuels.